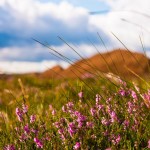 The board of Responsibly Produced Peat (RPP) granted 6 new RPP certificates to Agaris. Together with the certificates received last year, all Baltic peat bogs of Agaris are now RPP certified.

Sustainability is at the core of Agaris’s operations, that is why Agaris is continuously reducing its impact on the environment. By pursuing RPP certification, Agaris produces peat in a responsible manner. As a pioneer in the horticulture sector, the Agaris division stepped into the process of RPP certification and has now all its production sites certified in the Baltics.

The RPP certification system aims to increase the positive effects of peat extraction while minimizing its negative effects. The program does not allow extraction in peatlands with high conservation value, or any negative impact on adjacent natural areas. In addition, it places particular emphasis on extraction in degraded peatlands. By doing so, natural peatlands with high conservation value are left untouched. After extraction, the sites are restored to their natural states.